← more from
Cantaloupe Music
Get fresh music recommendations delivered to your inbox every Friday.
We've updated our Terms of Use. You can review the changes here.

by Alarm Will Sound 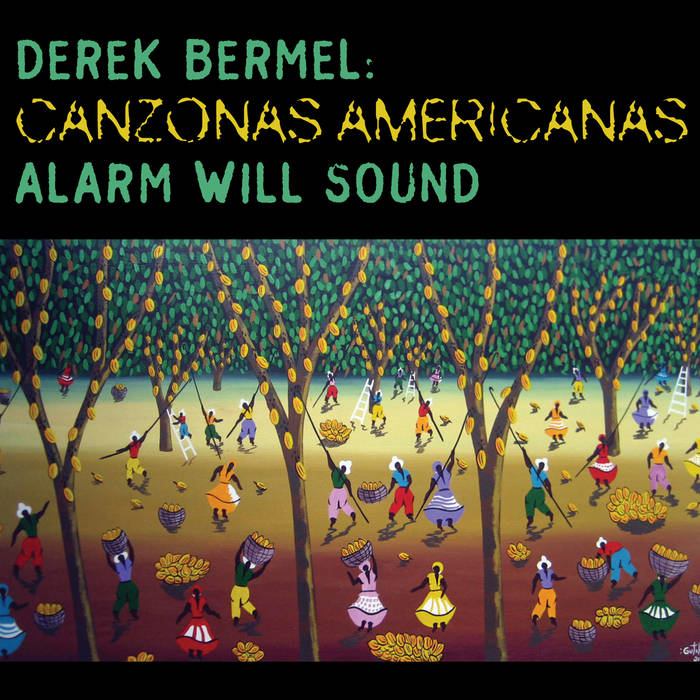 “Canzonas Americanas establishes Derek as a composer firmly in an American tradition; like Copland, Ives, Gershwin, and Ellington before him,” says Alan Pierson, Artistic Director/Conductor of Alarm Will Sound and the Brooklyn Philharmonic. “Derek synthesizes the diverse musical languages of his time into a unique, thoroughly individual American voice that is tuneful and rich, engaging and sophisticated.”
The versatile Bermel has been widely hailed for his creativity and theatricality. He re-imagines the sounds of indigenous world music, jazz, rock, and funk in his uniquely virtuosic and dynamic compositions. Canzonas Americanas takes listeners on a rhythmic and sonic journey – from the yearning, pulsating chôros at a club in Rio di Janeiro to the intricate, colorful xylophone music of a West African village. “Music is a prism through which I see and reflect the world,” says Bermel.

The title track Canzonas Americanas (2010) was commissioned and premiered by the Los Angeles Philharmonic led by Gustavo Dudamel. Through a wide array of American popular music idioms and Latin rhythms, Canzonas Americanas evokes the spirit of Gershwin, Ellington, Villa-Lobos, Bernstein, and other trailblazing composers who have been indelibly influenced by both North and South American musical traditions.

Bandcamp Daily  your guide to the world of Bandcamp

Alex Rita and Errol from Touching Bass feature in our special London edition of the Bandcamp Weekly.